OnePlus shared some new news on Their Official Wiebo and Forum page about the arrival of something new on 18th march that comes with New brand Image. The company posted an image of something covered with a curtain and with the date of “03.18 12:17”. Speculation of announcement about OnePlus 8 Series was unfortunately False.

We’ve come a long way from our early days, with a team of a few dozen employees that went above and beyond to make sure every OnePlus One order reached its buyer. Several years later, our team has grown across multiple offices, time zones and languages. We’ve become an important player in the tech industry, always focused on delivering the best smartphone experience for our users.

Our passion is stronger than ever, and we have experienced some amazing success along the way, but sometimes it’s good to shake things up a bit. So, before you find out from anyone else, I wanted to let you know first that two days from now, we’re refreshing our brand visual identity (VI).

Check Out our Post on OnePlus 8 And OnePlus 8 Pro: Leaks, Specification And Release Date

We are sharing this information with you the same day as we’re sharing it internally. We consider this community as part of our family, equally as passionate about the brand as we are, so I felt I should inform you about this change, before it’s publicly announced.

On March 18, when we unveil the new brand VI for the world to see, we’ll follow up here on the forum with more details about what’s changing, what’s staying the same and what this means for the OnePlus brand. So, stay tuned for more in just a couple of days.

The Reason Behind Change in OnePlus “brand visual identity ” is the survey taken last year as per CEO of Company. Pete stated on Chinese forum further Explaining Details about the survey

“Last year, after a series of preliminary surveys, we found that our brand image did not meet our high standards in many online and offline channels, and occasionally there were ‘not so particular’ situations. Therefore, our original intention to launch this renewal project is for a simple wish – ‘will not be’, to provide users with a better experience, which should be implemented from all aspects of the brand. We need to research, iterate, and polish the entire visual system to make it look as it should be.”

The post went on to state that on March 18, fans will be greeted with a new visual system. “I hope that the new design will present a new look for OnePlus and make your eyes more comfortable,” he adds.

Report out by IThome claims to have spotted a new trademark filing by OnePlus in China’s National Trademark Office, showing a black and white logo, setting aside the red and white colour scheme. The new logo also has the company’s name in all caps – ‘ONEPLUS’. The numeral 1 also has a different design. 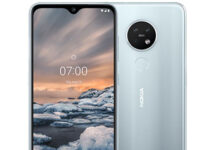 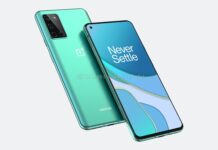 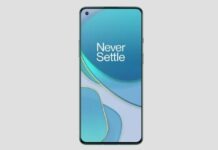