Oppo will launch Oppo F17 Series in India today, F17 series includes F17 and F17 Pro. The Live stream of the launch event will be telecast on Oppo’s Social media platform including Youtube. As per the details shared by the company, Oppo F17 Pro including a total of six cameras, 30W fast charging, and a 6.43-inch Super AMOLED display.

Oppo F17 comes with 6GB of RAM and 128 GB internal storage. The inbuilt storage of the phone could be expanded up to 256GB using a microSD card. Apart from this, the dual-SIM Oppo F17 is rumored to be powered by an octa-core Qualcomm Snapdragon 662 processor so that you can access multiple apps at one time without any lags. The Oppo F17 mobile will run the Android v10 (Q) operating system and house a 4,000 mAh non-removable battery that will support proprietary fast charging.

On the camera front, the Oppo F17 smartphone is likely to come with a quad-camera setup on the rear. There might be a 16 MP primary camera, an 8 MP ultrawide angle lens, a 2 MP macro lens, and a 2 MP depth shooter. Other features on the rear camera setup might include an LED flash, face detection, touch to focus, and digital zoom. On the front, the Oppo F17 might feature a 16 MP primary camera so that you can click some amazing selfies.

Oppo F17 will have various connectivity options that might include 4g, 3g, 2g, Wi-Fi 802.11, b/g/n, dual-band, mobile hotspot, Bluetooth, GPS, 3.5 mm audio jack, and USB connectivity. On the other hand, sensors on the mobile might include a fingerprint sensor, proximity sensor, accelerometer, light sensor, and gyroscope.

The Price of F17 can be under 21,000 and the smartphone is said to launch in Navy Blue, Classic Silver, and Dynamic Orange color options.

Oppo F17 Pro mobile will come with a 6.43-inch Super AMOLED display that will have a resolution of 1080 x 2400 pixels and Corning Gorilla Glass protection.

The dual-SIM Oppo F17 Pro is expected to be powered by an octa-core MediaTek Helio P95 SoC processor coupled with 6GB RAM and 128GB internal storage so that you can enjoy an uninterrupted performance while accessing multiple apps. Besides, the smartphone will run the Android 10 operating system and house a 4,000mAh non-removable battery with 30W fast charging support.

The Oppo F17 Pro might feature a quad-camera setup on the rear. There might be a 48 MP primary camera with f/1.7 aperture, an 8 MP ultrawide angle lens with f/2.2 aperture, a 2 MP macro lens with f/2.4 aperture, and a 2 MP depth shooter with f/2.4 aperture. Other features on the rear camera setup might include an LED flash, digital zoom, face detection, and touch to focus. On the front, the mobile is likely to sport a 16 MP primary camera and 2 MP depth camera to click some stunning selfies.

The Price of F17 can be under 25,000.  As for the color options, the OPPO F17 PRO smartphone may come in Magic Blue, Matte Black, and Metallic White with a weight of 164 grams. 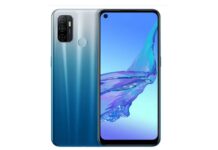 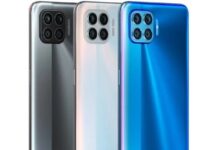 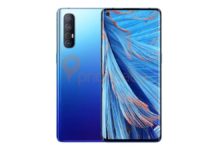 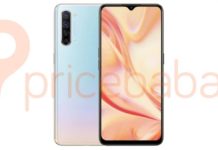 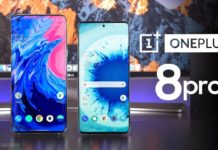