Finally, Sony has broken its silence about the new PlayStation. Specification of Playstation is now in the open with system architect Mark Cerny delivering a deep dive presentation into the nature of the new hardware and the ways in which we should expect a true generational leap over PlayStation 4.

After a Few Days of Microsoft’s new Xbox Series X Sony unveiled specification for its new PlayStation 5. comparing both the console on paper Xbox X is looking more powerful than PS5 with higher boost clock at 3.8Ghz compare to 3.5Ghz of PS5 and higher Teraflops and Compute unite compare to Xbox X. But when it comes to SSD performance Sony has created an impressive proprietary SSD solution that provides 825GB of storage and 5.5GB/s of performance. The Xbox Series X includes a custom 1TB NVME SSD, but its raw throughput is less than half at 2.4GB/s. That could mean load times differ massively between the PS5 and Xbox Series X, depending on what game developers optimize for.

Comparison between PlayStation 5 and Xbox X

Sony is using variable frequencies on both the CPU and GPU, which we’d normally refer as to boost clocks on PCs. It’s slightly different, though. In an interview with Eurogamer, Sony PS5 system architect Mark Cerny reveals the console has a set power budget that’s tied to the thermal limits of the system. That means the PS5 performance will vary depending on how much it’s being pushed by games.

The PlayStation 5 will also have support for external storage in the form of USB hard drives, but these will be used mostly for backward-compatible PS4 games. The PS5 will still support discs since there is a Blu-ray drive. 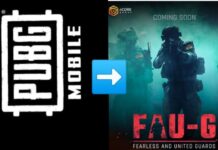 FAU-G an Alternative to PUBG 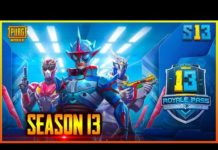