Chinese phone maker Vivo recently teased the V19 smartphone for launch in Malaysia, with the phone being shown to sport slightly different features than the phone launched in Indonesia. and now it’s going to launch in India on May 13, 2020.

Reports said that the phone has two selfie cameras placed on what the company is calling a Dual i-view display. Considering it is going to be the same version already teased for launch in Malaysia, the V19 is expected to go big with its selfie camera performance and is teased to change the way you see the night.

The phone is expected to be a 6.44-inch full-HD+ Super AMOLED display and hide beneath it a Qualcomm Snapdragon 730G processor, paired with up to 8GB of RAM and 128GB of onboard storage which may be expandable using a MicroSD card. For software, the phone is expected to run the latest Android 10-based FunTouch OS out of the box.

The cameras will be a big highlight of the device, with the Vivo V19 is tipped to feature quad cameras at the back and two cameras at the front. While at the back, this arrangement will see the primary lens 64 megapixels one with an 8-megapixel ultra-wide lens sat next to it.

The set-up will also feature a 2-megapixel macro camera and a 2-megapixel depth sensor. The resolution of the front camera is unknown, however, previous reports have suggested the set-up could house two 32-megapixel lenses.

Vivo V19 comes with a 4,500mAh battery, which will support fast charging. Other than this, there isn’t information available about the device yet. so follow us for more updates. 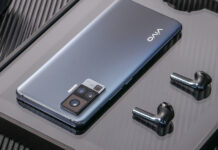 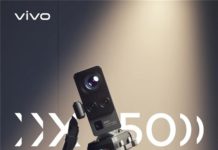 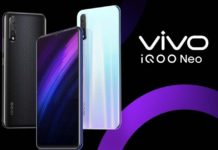 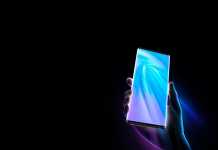